How to hedge risk with the French fiducie
< Retour

How to hedge risk with the French fiducie

A cheaper alternative to the Credit Default Swap, the fiducie is expected to play a bigger role as the use of French law increases post-Brexit. Benjamin Raillard of Solutions Fiducie explains its applications.

Used as a hedging tool, fiducie helps in reducing credit or recovery risk like a Credit Default Swap (CDS) does. If the sequence and conditionality of the cash flows of these two instruments are similar, one fundamental difference related to the pricing of risk makes fiducie a cheap solution and an important innovation in the financing of the real economy.

Fiducie, the equivalent of the Anglo-Saxon trust, was introduced in French law in 2007. It is a contract (a deed) whereby the constituant (the settlor) transfers the legal ownership of an asset to a fiducie (the trust) controlled and managed by a fiduciaire (the trustee), which acts in a pre-agreed manner to the benefit of bénéficiaires (the beneficiaries). Assets can be of all types (cash, shares, real estate, account receivables, stocks, intellectual property, brands etc.) and their transfer remains neutral from an accounting and tax standpoint. The fiducie remains autonomous and distinct from other estates, ensuring that creditors, whether those of the settlor, the beneficiary or the trustee, have no possibility of recourse against the assets. The fiducie is hence bankruptcy-remote.

Used as a means to hedge financing exposure, fiducie can be used in the following manner: Concomitantly with debt issuance, the borrower transfers an asset to fiducie. The asset is held by the fiduciaire to the benefit of creditors, until maturity or until the occurrence of a credit event. At maturity, if the borrower pays back its debt, the asset is rightfully returned to him. Should a credit event occur, the asset is transferred or sold to the benefit of creditors. If the asset has been carefully chosen, it should be of enough value to pay for all owed amounts. Excess of value above due debt is evidently returned to the borrower. 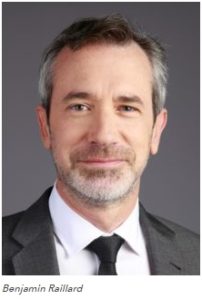 Seemingly, fiducie has cash flows whose structure and conditionality are comparable to those of a CDS: on the one side, a leg composed of a running fee that represents the cost of protection and which is paid until maturity or until the occurrence of a credit event. On the other side, a leg composed of a contingent payoff, which equals to owed amounts, but can be seen as the difference between par and the recovery value that would have been obtained on an unsecured deal in the absence of a fiducie.

From a practical standpoint, this comparison is appropriate and rightly describes the value of fiducie in its application to financing. Fiducie is a tool in credit risk and recovery risk management, which is akin to CDS and offers the opportunity to venture into a deal that would have otherwise be unacceptable from a risk standpoint. Nonetheless, fiducie cannot be used, as CDS are, as a means to synthetically transfer risks, as it remains contractually attached to the underlying financing.

If this comparison is right from a practical standpoint, it is incorrect from a conceptual one. The running fees in fiducie corresponds to the cost of protection, which amounts to the remuneration of the fiduciaire to detain and manage the ownership of the asset, but does not equate to the price of risk as defined by the expected value of the contingent leg. This point has several implications.

Fiducie does not easily lend itself to a valuation or an observation of the price of risk. Of course, one could try to estimate the expected value of the contingent leg, but this would require a relatively clear vision of the curve of default probabilities and of unsecured recovery values. Alternatively, the price of risk could be approximated as the differential between the cost of financing secured by a fiducie and the cost of financing without. From a practical standpoint, such a differential would be hard to measure as fiducie is precisely the condition to a workable deal. Speaking loosely, the price of risk here does not measure itself as a differential of spreads but as a differential of possibilities, i.e. deal or no deal.

If measuring the price of risk is a bit more cumbersome than with CDS, it also happens to be unnecessary in the case of fiducie as the seller of protection is the reference entity itself, rather than a third party. This original characteristic, which under the term of “wrong-way risk” would be a deal-breaker in CDS trading, has here no consequence provided that the value of assets held in fiducie exhibits low correlation with the probability of default of the borrower and/or is offset by a conservative over-collateralisation. Unsurprisingly, these notions of correlation and over-collateralisation are explicit criteria in the eligibility and effectiveness of risk mitigation techniques described in European prudential texts.

As for counterparty risk, which is addressed by the Collateral Swap Agreement (CSA) in the case of CDS, it remains necessary in the case of fiducie in light of its bankruptcy-remote nature.

Since the seller of protection is the reference entity, and since the sale of protection is made without link to the expected value of the contingent leg, fiducie proves to be a particularly cheap hedging technique. Costs linked to the set-up and management of the fiducie are a small fraction of the theoretical credit spread for the underlying risk (currently hovering at about 300 bps for a European sub-investment grade index with five years of maturity). Fiducie enables creditors to secure their exposure at much lesser cost and push risk parameters to levels that make the deal acceptable or attractive. Fiducie give borrowers the possibility to frictionlessly use their assets to access financing on better terms (amount, duration, cost) that would not have been otherwise possible. Everybody wins.

Moreover, as fiducie does not lend itself to the transfer of a fungible risk, its contractual terms, including those related to the definition of credit event, do not need to be standardised. Fiducie is a contract which is negotiated by the parties and adapted to the specificities of the borrower and its assets. It can include freely-defined contingent events taking place way before a default or can trigger transfer of rights rather than financial payoffs.

From a regulatory standpoint, both instruments have a comprehensive framework. Reporting requirements on CDS have been strengthened with Dodd-Frank. Fiducies must also be declared, under pain of being declared null and void, to the French tax administration and to the registry of the Commercial Court. These reporting requirements make fiducie an onshore tool, guarantee its accounting and tax transparency and forbid its use as a circumvention scheme.

Fiducie is therefore an important innovation for the French economy, especially in the context of a more widespread use of French law in a post-Brexit Europe. It is an effective risk management tool and thereby a driver for corporate financing, especially for entities whose credit risk and access to funding are insufficient. It gives creditors the opportunity to hedge their risks and should become a must-have tool in a regime of higher rates, higher default rates and negative rating migration. More specifically, fiducie should give savvy creditors a competitive hedge to get the most complex high-hanging deal while capital is over-abundant and the necessary protection when the tide turns.

Benjamin Raillard is a founding partner of Solutions Fiducie, a Paris-based asset management firm regulated by the Autorité des marchés financiers (AMF), which acts as a fund manager, specialised in corporate private debt secured by fiducies, and a fiduciaire (trustee) in structured corporate deals (transactions, restructuring and financing).